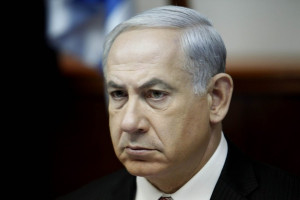 3. It is my intention that the United Nations Disengagement Observer Force will be drawn, in the first instance at any rate, from United Nations military personnel already in the area.

4. I shall keep the Council duly informed of future developments in this regard.

Agreement on Disengagement between Israeli and Syrian Force

A. Israel and Syria will scrupulously observe the cease-fire on land, sea and air and will refrain from all military actions against each other, from the time of the signing of this document, in implementation of United Nations Security Council resolution 338 (1973) dated 22 October 1973.

B. The military forces of Israel and Syria will be separated in accordance with the following principles:
1. All Israeli military forces will be west of the line desig­nated as Line A on the map attached hereto, except in the
Quneitra area, where they will be west of Line A-l.
2. All territory east of Line A will be under Syrian admin­istration, and Syrian civilians will return to this territory.
3. The area between Line A and the line designated as Line B on the attached map will be an area of separation. In this area will be stationed the United Nations Disengagement Observer Force established in accordance with the accompany­ing protocol.
4. All Syrian military forces will be east of the line desig­nated as Line B on the attached map.
5. There will be two equal areas of limitation in armament and forces, one west of Line A and one east of Line B as agreed upon.
6. Air forces of the two sides will be permitted to operate up to their respective lines without interference from the other side.

C. In the area between Line A and Line A-l on the attached map there shall be no military forces.

D. This Agreement and the attached map will be signed by the military representatives of Israel and Syria in Geneva not later than 31 May 1974, in the Egyptian-Israeli Military Working Group of the Geneva Peace Conference under the aegis of the United Nations, after that group has been joined by a Syrian military representative, and with the participation of representatives of the United States of America and the Soviet Union. The precise delineation of a detailed map and a plan for the implementation of the disengagement of forces will be worked out by military representatives of Israel and Syria in the Egyptian-Israeli Military Working Group who will agree on the stages of this process. The Military Working Group described above will start their work for this purpose in Geneva under the aegis of the United Nations within 24 hours after the signing of this Agreement. They will complete this task within five days. Disengagement will begin within 24 hours after the completion of the task of the Military working Group. The process of disengagement will be completed not later than 20 days after it begins.

E. The provisions of paragraphs A, B and C shall be inspected by personnel of the United Nations comprising the united Nations Disengagement Observer Force under this agreement.

G. The bodies of all dead soldiers held by either side will be returned for burial in their respective countries within 10 days after the signing of this Agreement.

H. This Agreement is not a peace agreement. It is a step towards a just and durable peace on the basis of Security Council resolution 338 (1973) dated 22 October 1973.

For Israel: For Syria:
Witness for the United Nations:

Israel and Syria agree that:

The function of the United Nations Disengagement Observer Force (UNDOF) under the Agreement will be to use its best efforts to maintain the cease-fire and to see that it is scrupu­lously observed. It will supervise the Agreement and the Protocol thereto with regard to the areas of separation and limitation. In carrying out its mission, it will comply with generally applicable Syrian laws and regulations and will not hamper the functioning of local civil administration. It will enjoy freedom of movement and communication and other facilities that are necessary for its mission. It will be mobile and provided with personal weapons of a defensive character and shall use such weapons only in self-defence. The number of UNDOF shall be about 1,250, who will be selected by the Secretary-General of the United Nations in consultation with the parties from Members of the United Nations who are not permanent members of the Security Council.

UNDOF will be under the command of the United Nations, vested in the Secretary-General, under the authority of the Security Council.

UNDOF shall carry out inspections under the Agreement, and report thereon to the parties, on a regular basis, not less often than once every 15 days, and, in addition, when requested by either party. It shall mark on the ground the respective lines shown on the map attached to the Agreement.