Anthony H. Cordesman holds the Arleigh A. Burke Chair in Strategy at CSIS. He is a recipient of the Department of Defense Distinguished Service Medal. During his time at CSIS, he has completed a wide variety of studies on energy, U.S. strategy and defense plans, the lessons of modern war, defense programming and budgeting, NATO modernization, Chinese military power, the lessons of modern warfare, proliferation, counterterrorism, armed nation building, the security of the Middle East, and the Afghan and Iraq conflicts. (Many of these studies can be downloaded from the Burke Chair section of the CSIS Web site at http://www.csis.org/program/burke-chair-strategy.) Cordesman has directed numerous CSIS study efforts on terrorism, energy, defense panning, modern conflicts, and the Middle East. He has traveled frequently to Afghanistan and Iraq to consult for MNF-I, ISAF, U.S. commands, and U.S. embassies on the wars in those countries, and he was a member of the Strategic Assessment Group that assisted General Stanley McChrystal in developing a new strategy for Afghanistan in 2009. He frequently acts as a consultant to the U.S. State Department, Defense Department, and intelligence community and has worked with U.S. officials on counteterrorism and security areas in a number of Middle East countries. 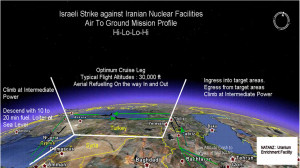